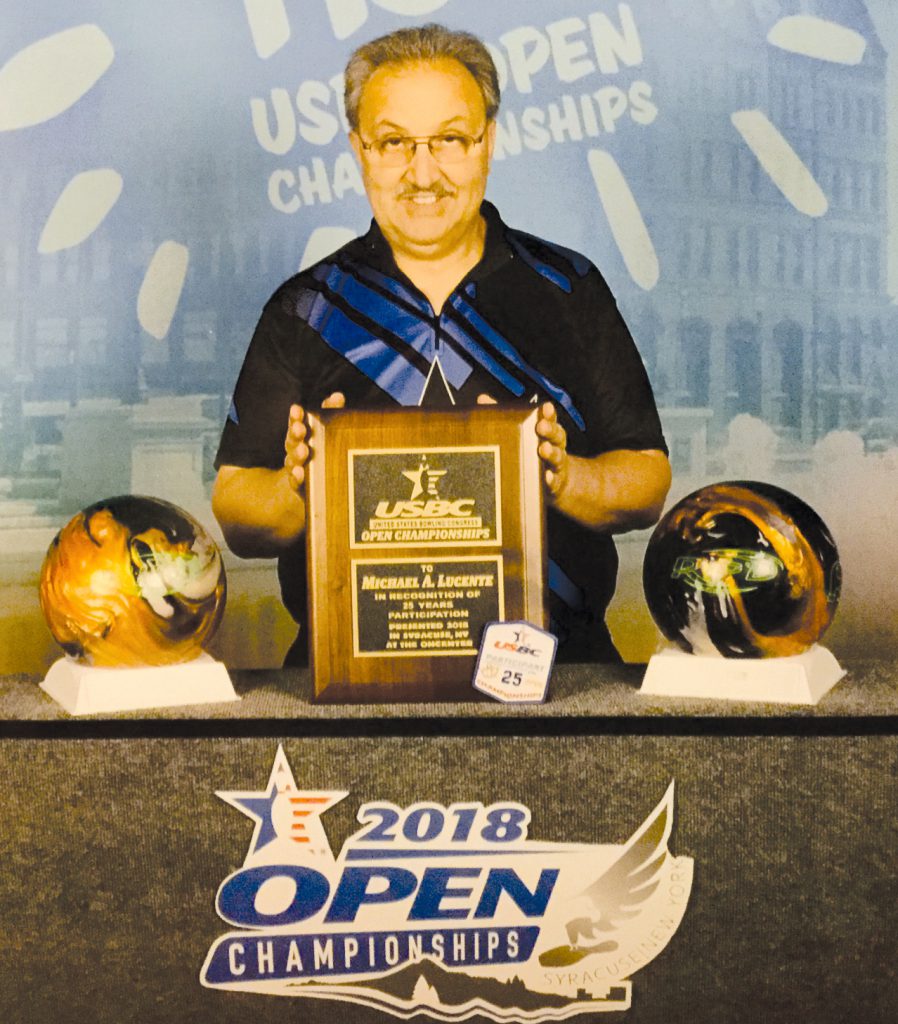 Mike Lucente at the 2018 Open Championships.

By Carolyn Marnon – “The tournament you don’t have to win to make a profit” is coming to Wayne Bowl in January 2019. Mike Lucente’s Hamtramck Singles Classic found a new home for its 69th season when Hazel Park Bowl permanently closed its doors at the end of July. First place winner of the 2018 tournament, which ended last month, is guaranteed $20,000. Mike Lucente, an owner of the Singles Classic and of Wayne Bowl, says the prize money might increase in 2019.
The tournament is expected to bring people into Wayne who will then spend money in the city. Area restaurants, bars, hotels and car washes can see increased business. About 5000 bowlers from places like Illinois, Ohio, New York and Tennessee will come to town for a weekend to compete against “the board” as Mike put it. They will also bring their families with them.
On the final weekend of the 2018 tournament at Hazel Park Bowl, 550 bowl-ers were registered to compete.
Mike Lucente has owned Hazel Park Bowl and the tournament since 1996 and Wayne Bowl since 2002 along with his business partner, JoAnn Taylor. JoAnn is one of the top Tournament Directors in the country as she oversees the logistics of the event.
Mike and JoAnn met in 1972 at Chandler Lanes when they were in high school. They were both involved in youth bowling programs. JoAnn says she was dating a boy who bowled and hung out at the bowling alley. The staff there got her involved working at odd jobs while she was there.
In 1994, Mike, JoAnn, their respective spouses, children and friends leased Harbor Lanes in St. Clair Shores. In 1996, they were given the opportunity to lease Hazel Park Bowl with an option to buy. They bought it in 2000.
The seven-month long tournament sees mostly local bowlers during the earlier, colder months (January-April) while the bulk of the out-of-town bowlers will come May-July.
In the 1970s, the tournament would have 14,000-15,000 bowlers. The 1971 bowling nationals was held at Cobo Hall in Detroit. In the best years before the 2007 recession hit, Mike says he had about 8800 bowlers. While there are about 5000 this year, the numbers have been increasing. Hazel Park has 24 lanes. Wayne has 40 lanes; they can run more bowlers through the tournament here.
For a non-bowler, some of the lingo involved with the tournament can get confusing. Mike explained that this is a 4-game event with moving lane pairs. One could compete in the ladies, the seniors (50 and over), the mens and other categories. There will be on-the-spot opportunities to win cash. A bowler can enter the tournament as many times as he/she wishes as long as the entry fee is paid each time. As you bowl, you are trying to outdo your last 4-game score with handicap. The 2017 prize fund was approximately $203,000. 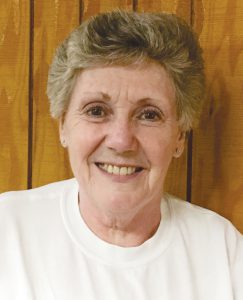 JoAnn no longer bowls. Mike is still a professional bowler who bowls on the PBA (Professional Bowlers Association) tour. He participated in the Super Senior Classic in Las Vegas in June, coming in 24th place and winning $975. He’ll be participating in two events later this month in Wyoming.
Of bowling and the tournament they own, JoAnn says “It’s been very kind to both of us.” Mike follows up, “We’ve worked hard.”
For more information on how you can participate in the 69th Hamtramck Singles Classic next year, contact Wayne Bowl at (734) 721-7530. As the tournament has just closed out its 68th year, more information on the 69th probably won’t be available until closer to January.

Nashville quartet to give free concert