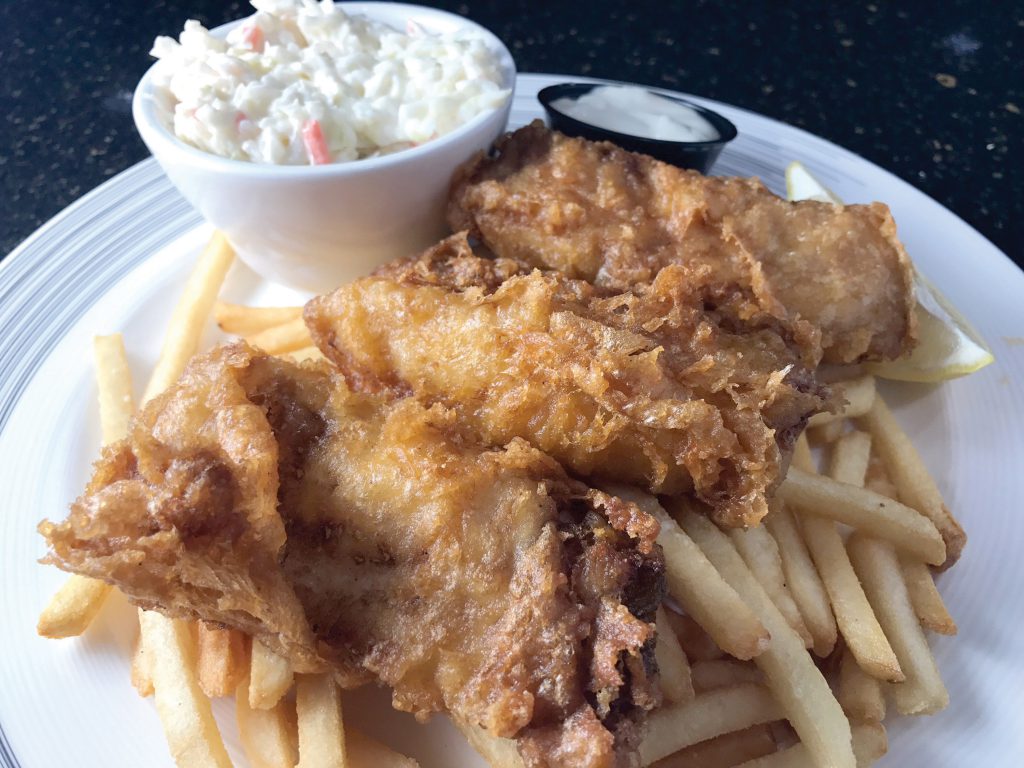 By Carolyn Marnon – With the Lenten season soon upon us, many will be looking for a place to get their meal on Fish Friday. Look no further than Anointed Fish House here in Wayne. Located at 4310 Wayne Rd where Nemo’s used to be, Tameca Stringer can set you up for a delicious dinner.
Recently highlighted on Local 4 News’ Tasty Tuesday feature, Anointed Fish House provided the newscasters with fried okra, catfish, whiting, cod, salmon, fried shrimp and lemon poundcake. The delight was evident as each tried their favorites. As part of the Tasty Tuesday feature, it was announced that fish would be 50% off that day and thus the lines began.
Owner Tameca says the line went out the door. So many people came to try the fish. So many people were not able to take advantage of the sale that day that they came back on Wednesday, Thursday or Friday. She honored the special those additional days if they mentioned at the time that they had already tried to get in. People came from Sterling Heights, Detroit and Farmington to sample her fish dishes. She says “the phone was ringing like a telethon.”
Anointed Fish House opened in December 2016. Since 2007, Tameca Stringer would drive by the lot and think what a great place it would be for her fish house. She would come into the parking lot and pray about what to do. She liked how well-lit the area was.
She recalls a moment with her father who later died in 2008. Growing up, she never liked fish. She would go to the market with her dad and watch what others were buying. She decided she would open her own business one day. “I want a fish house,” the young girl told her dad, “because people love fish.”
At a church service in 2010, Tameca was praying at the altar. She says something had her rooted in place and she couldn’t move. She felt she was being told to give up meat and to just eat fish. When she got home, she told her mom about the experience and that she was surrendering to eating fish. Since she didn’t like fish, she had to find a way to make it more palatable. That’s when she started experimenting with different batters and the different ways that fish could be cooked.
While at a women’s conference in 2013, she heard another whisper in her heart-start a business and start it out of your house. At the time, she worked as a hi-lo driver at the Wayne Assembly Plant. Her intuition or whatever you want to call it, told her to start selling her fish at the plant. During this time, she also had a Fish Fry at a park in Wayne which she tried to let everyone know about with fliers. It was held from noon-5pm; she made $700.
Tameca was divorced and had three kids. Her mother had cancer. At church one day, the preacher told Tameca it was time to start her business. She went to Community Choice Credit Union and applied for a $10,000 loan. She figured if she was approved for the loan, she would start her restaurant.
About this time, Nemo’s closed its doors and Tameca was able to get the spot she had been watching for the last ten years. She had a lot of work to do to make the space work for her, including cleaning up all that Nemo’s had left behind.
It was slow going that first year. Tameca had bills to pay and a family to support. Around Thanksgiving 2017, Tameca went on a 40-day water fast. This meant for 40 days she had nothing to eat or drink except water. It was a difficult time for her, but her spirit felt that God had her even though she felt too weak to do anything. It was during this time that she ran into someone she knew who happened to work for Channel 4. He told her about the Tasty Tuesday promotion they did and would see if he could get her on the show. Everything lined up for Tameca and before she knew it, her fish was on the show and customers were lining up outside her door.
One recent Saturday afternoon, she had a revolving door of customers entering. One lady placing an order said she had come from Ypsilanti to try it because her friend told her about it. A young man picking up an order said he has been there before; “It’s great,” he said. Two gentlemen who dined in loved the fish. One said he preferred to dine at the local mom-and-pop places and give them his business. Before walking out the door, they said they would be back.
“God anointed me and prepared me. I needed to be anointed to do this,” she says. That’s how her business got its name Anointed Fish House. Before she died last year, Tameca’s mother told her, “You finally did it!” Although many customers call ahead to place an order and then pick it up, there are some who come in and wait and others who dine in.
There is a lunch counter and several tables with chairs. It’s not a big space, but it seems to be enough right now.

Where can I take my valentine?