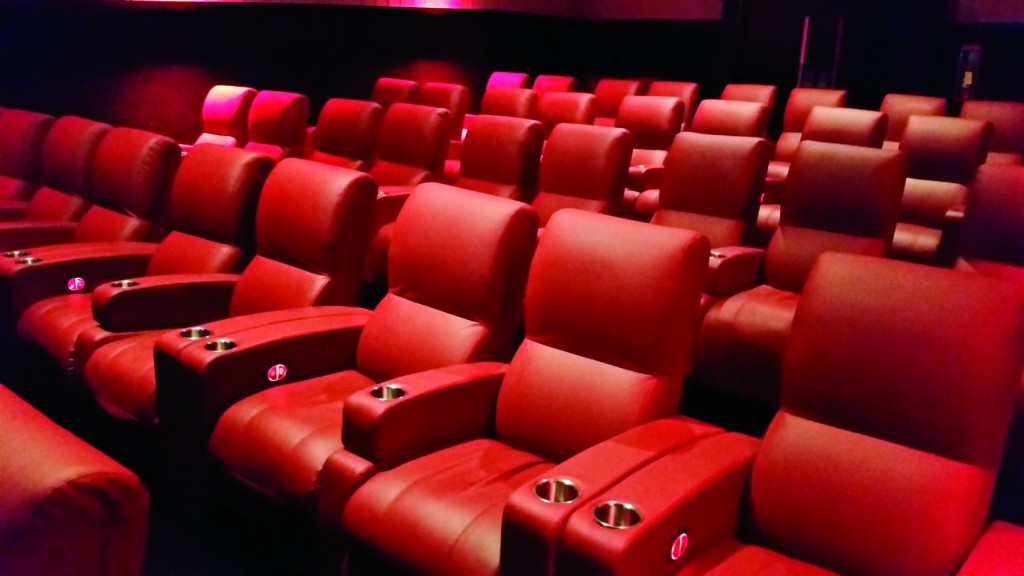 Phoenix Theaters is planning to purchase luxury seating that they have in their theater in Monroe.

At their July 1 meeting Wayne City Council voted 6-0 to sell the State Wayne Theater to Insight Holdings II, LLC. The city acquired the State Wayne Theater in 1991. Since then it has been used to show first run and second run films and for live theater.
Mayor Pro Tem Jim Hawley said, “This is the most important building in the city.”
During the last 10 years the theater has a net loss of $822,131.26 plus capital outlay expenditures of $573,774.23. This is a total loss of $1,395,905.49 or $139,590 per year. The additional funding needed has come from the DDA budget.
To maintain the status quo would continue to cost the city $139,590 per year. The cost of closing the theater would cost $333,600 based on existing leases for digital equipment.
Insight Holdings II LLC is related to Phoenix Theaters, the current management group of the State Wayne Theater.
The proposed purchase agreement provides the fees owed by the city of $60,000.03 will not be paid but will serve as the sale price for the property. In addition the city will pay $6,667 in management fees for June 2014 and will remain responsible for the monthly management fees for the next four months, during the due diligence period. This will cost the city $26,668. This would be a total cost to the city of $33,335.
The purchase agreement also includes the preservation of the State Wayne Theater marquee and exterior façade including the mural.
Phoenix Theaters is planning to purchase luxury seating that they have in their theater in Monroe.
“I have never seen seats like this before. They are large and lean back,” Hawley said.
Monroe’s business has gone up about 50% since they have started using the new seats.
Phoenix Theaters President Cory Jacobson said, “This was a long process to get from where we are.  We have been running the theater for about two years. There is a lot of competition around us. About one year ago we found these luxury seats at a trade show. Attendance is just fantastic since the chairs.”
The new chairs will cost about $230,000 and should be installed at the State Wayne Theater by this fall.
Take a tour of the new chairs at the Monroe Theater by visiting Phoenixmovies.net.
In the past two years Phoenix Theaters has installed new paint and carpet, digital cinema, Dolby sound and 3-D capability in the State Wayne Theater.
Jacobson said, “The one thing that is classic is the chairs. We are a lot bigger today than in 1946. Come check it out, it will be a fantastic experience. We look forward to seeing everybody at the movies.”