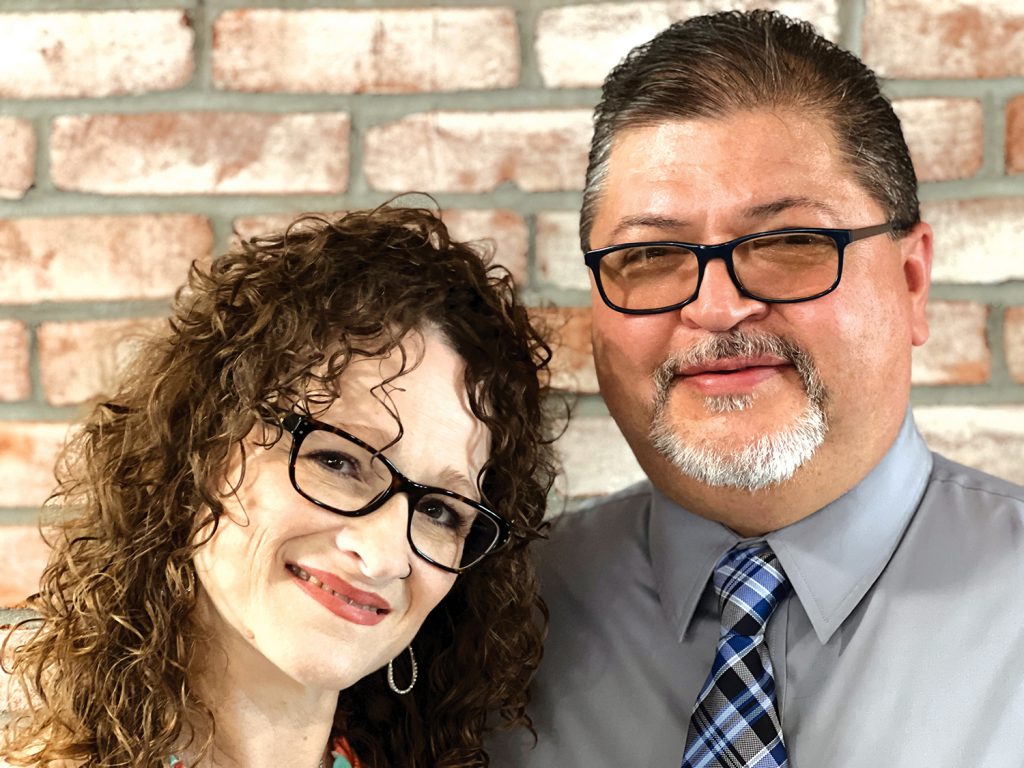 By Sarah Shurge – It’s a simple question, “Did you always want to be a minister?” And when it’s asked to a minister of over 20 years, you probably would expect the answer to be “yes.” However, when Rev. Bob Cooper was asked that question, his answer might surprise you.
“Actually no,” said Rev. Cooper with a laugh. “I have always been connected to church and have always been a part of church since I was 5 years old. It has always been a part of my life, but I didn’t see myself as a minister.”
There are many factors that led Cooper to switch from being a salesman to being a pastor at First Congregational Church of Wayne. Cooper’s grandma, even though not blood-related, had a huge impact on his life.
“My grandma made sure I went to church and learned bible verses,” said Cooper.
Cooper’s grandma was a missionary to Columbia, South America. She started her mission work in the 1950s and went on a couple tours for about 25 years, building schools and churches there.
Her love for mission trips eventually led to Cooper experiencing some of his own. Cooper went on two mission trips to Guatemala, Central America. He spent a couple of weeks there in the mountains, building churches and preaching at dozens of small churches through an interpreter.
“It’s amazing to connect with people without even speaking the language. To just have an understanding that people are people. We all just want to be loved and be able to live and be at peace,” said Cooper.
While Cooper was on his first trip to Guatemala, his grandma got very sick. His initial thought was to return home to be with her during her illness, but he decided to stay in Guatemala because he knew she wouldn’t want him to leave his trip.
“My grandma ended up passing while I was on that trip,” said Cooper. “That shaped a good deal of my life and what I’m about.”
There are many experiences and moments that can shape someone’s life.
“I was a salesman in Oakland County when I felt a call to ministry and I didn’t know what that was about,” said Cooper. “It led me to going back to school for a degree in ministry. During my ordination process, I was an associate minister at a church. The senior pastor there looked at me and said my calling was to be a senior pastor. Then it became clear that this is what it was leading too. I finished my training and the rest is history.”
Cooper has been in ministry for about 22 years. Prior to joining First Congregational Church of Wayne, he was a minister for 10 years in Greenville, and then he was involved with online ministry.
In December of 2020, on account of the pandemic, Cooper, who was living in South Carolina at the time, along with three other ministers from California, Indiana, and Wisconsin created an online ministry called Anamesa.
In Greek, Anamesa is an adverb that means “between.” The point of the ministry is to worship together in the space in between and to learn to connect. Connect between the space between heaven and Earth, us and God, what is and what was, and the journey in between all those things. It is an online community to find out who we are.
“It’s easier to connect with people when you are planted in one place. It’s harder to do online because you aren’t with the people,” said Cooper.
In July 2022, Cooper was planted in one place when he joined First Congregational Church of Wayne as lead minister.
“The best part is connecting with people and hearing people’s stories and helping them navigate life together. It’s been really good so far. We feel connected. The connection didn’t take long,” said Cooper. “We all deal with troubles and issues, and I really enjoy trying to help people and walk through things with them. I like being real with folks and them being real with me.”
Members of the church also feel positive about the connection with Rev. Cooper.
“I think he is going to work out wonderfully for us. He is a wonderful change,” said Linda Beasley, office administrator of 21 years for the First Congregational Church of Wayne. “I’ve heard only good things about him. He is very personable, open, easy to talk to, and willing to listen to what we want.”
As Cooper adjusts to the familiarity of a brick and mortar congregation – as opposed to online ministry – there is much to look forward to.
“I’m most looking forward to seeing the next chapter for this place. There is so much history here. Next year will be the 175th anniversary on August 20th,” said Cooper. “There hasn’t been a leader here for the last three years because of the pandemic. Things aren’t as they used to be. Things have changed. But there’s hope here. Some of the folks here are the most committed people I have ever met.”
Some folks like Beasley have been attending First Congregational Church of Wayne since the 1970s, while others like Beasley’s husband Norm, were born into the church.
Cooper has been married to his wife Michelle for 33 years. They have two sons, both United States Navy veterans, and two grandsons.
“Being a minister was not a life call, but it is now. This is who I am,” said Cooper.
First Congregational Church of Wayne is located at 2 Towne Square St, Wayne. Their worship service is every Sunday at 10:30 AM.
For more information about First Congregational Church of Wayne, visit fccow.com or call (734)729-7550.
For more information about Anamesa, visit anamesa.org.