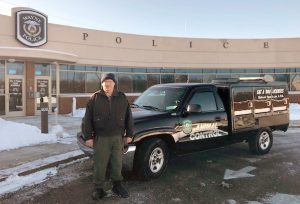 Calling Wayne Westland high school junior girls!
Orientation for Wayne-Westland Distinguished Young Women Program is set for Monday, January 22, 2018 at 7:00 p.m. at 37955 Glenwood in Wayne. All high school Junior girls, who live in Wayne or Westland, are encouraged to attend along with at least one parent or guardian. Girls who sign up will have fun participating in this yearly event and earn money for college. Girls will make new friends, learn life skills like interviewing and public speaking, and have fun showcasing their achievements. The Show will be on Friday, March 9, 7:00 p. m. at Wayne Memorial High School. For more information, contact Wayne-Westland@DistinguishedYW.org

Snow reminder
The team at the Wayne Department of Public Works works hard to clear the snow and ice on our local roads. If the City has a snowfall of 4 inches or more, residents are asked not to park on public streets. You will be notified via the general media when the snow emergency is over and street parking is once again allowed. The DPW clears major roads first, then residential streets, dead-end streets and cul de sac areas. If you have any questions, please contact the Wayne Department of Public Works at 734-721-8600.

And the honor goes to…
At the December 5 city council meeting, resident Lenny Powell was honored with a certificate of appreciation from Mayor Susan Rowe and the Wayne City Council for all of his hard work raising much needed funds for equipment for the Police Department, Fire Department and Department of Public Works and for his many contributions as a volunteer in the City of Wayne.

Mid-Century Modern Architecture
Learn about the origins of modern architecture in Europe and how it inspired and challenged American designers to find their own voice. This presentation at the Wayne Historical Museum on Thursday, January 11, at 7:00 p.m. will cover the period 1920-present and look at a few local examples of this type of architecture.

An evening with Barry Manilow
Frank M. Sternett is a premier Barry Manilow tribute artist who has performed in Las Vegas. He has had the privilege to open for The Four Tops, Tanya Tucker, Frankie Avalon, Rich Little and many more. He has also appeared on Regis & Kathie Lee, Geraldo, and has even come face to face with the man who “Writes the Songs,” Mr. Barry Manilow! Come to Notre Dame Lounge, 3144 S. Wayne Rd., for dinner and the show on Saturday, February 24, at 6:00 p.m. Tickets are $35.

Tigers spring training trip
Start saving now! Coming in March 2018 will be an extended trip: 15 days and 14 nights in Clearwater Beach, Florida. This trip will feature Tigers Spring Training. Deposit holds your spot. Payments can be made. All trip flyers are available at the HYPE Recreation Center in the area designated Wayne Senior Services.