Making a Difference for Girls 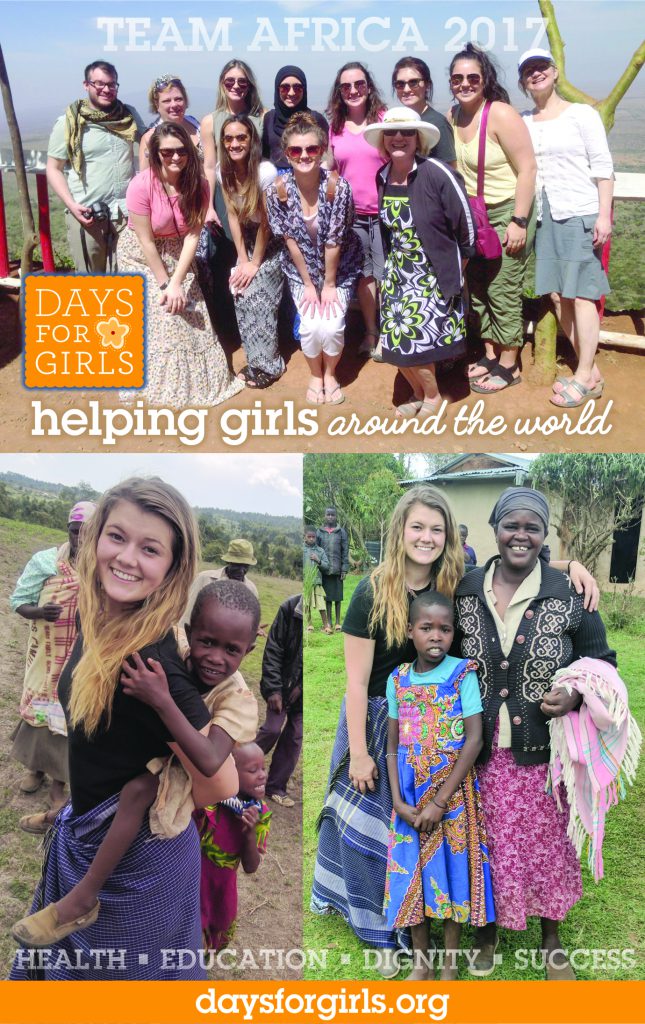 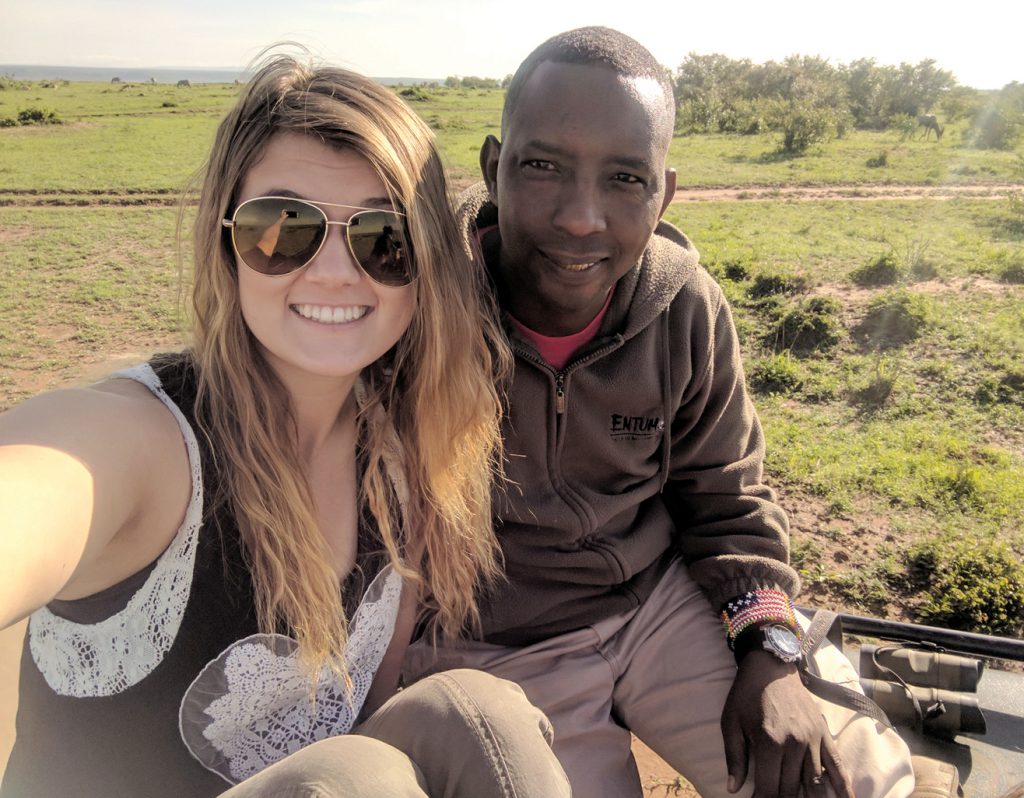 DAYS FOR GIRLS MISSION
A world where every woman and girl has ready access to hygiene solutions.  Days for Girls envisions a world where menstruation is no longer a source of shame and taboo. Days for Girls is working to shift how women and girls see themselves and are seen by their communities. We offer girls and women new life choices and spur narrative change, through providing sustainable hygiene solutions, health education, and income-generation opportunities.
Days for Girls is dedicated to creating a free, dignified, and educated world, through providing lasting access to feminine hygiene solutions and health education.   Thus far, Days for Girls has provided Kits and health education to over 640,000 women and girls in over 100 countries, both through volunteer Chapters & Teams and through our Enterprise model. Days For Girls Kits are only the beginning.   Kits are a gateway to vital conversations around health, safety, and leadership.   Days for Girl is committed to supporting a girl throughout her entire lifecycle, from providing her with a Days For Girls Kit, to teaching her health education, to offering training for her when she grows older, so that she can produce Days For Girls Kits and support hygiene needs in her community.

THE ADVENTURE CONTINUES
The first stop was successful, most of the older girls had some understanding of menstruation, either through a mother, sibling, aunt, grandma or teacher.   “Our team brought over 1,300 Days For Girls Kits.  We each had a carryon bag and we checked a bag, the checked bag we filled with Days For Girls Kits.  We had a 50 pound limit for the checked bag, but the kits were light and we were able to get a lot in each bag” Krysta said.  “One of the schools we visited was on a mountain, we were dropped off at the bottom, given our luggage full of Days For Girls Kits and it was up to us to get them up to the school,” Krysta stated.  “One of the girls from the school lifted my bag and put it on her head and carried it all the way up the mountain like it was nothing,” she said.  “It took us 35 minutes to get up there, the people in Africa carry stuff on their heads all the time,” Krysta said.  This school was called Emmatsi Primary & Secondary School.  “We were very well received by all of the schools we visited, I think the African people associate visitors with help,” Krysta stated.   The girls were also intrigued by Krysta’s skin tone and her long hair, the girls liked to touch Krysta’s hair and lean on her and put her hair over their heads.  “While they had no running water, showers or food in their pantry, the abundance of poverty all around them, they don’t see the imbalance of what others have.  They are very happy and they celebrate everything,” Krysta said.  Statistics show that half of all Kenyans live below the poverty level and preventable diseases like HIV/aids, diarrhea, malnutrition, etc. make it hard for workers to stay healthy and therefore making it hard for them to earn money for their families.
The team then headed to Narok which was in the mountains so less malaria risk.  The translators Isaac and his brother Anthony are from Narok where the people there speak Masaii, their own language not Swahili like most African people in this region.  Temperatures still remained in the 90’s in the mountains of Narok.  The team had accommodations in a small motel called Transist Motel.  While they were here in the hometown of Isaac and Anthony, they were able to take advantage of using the safari business internet to contact family back in the states.  “I told my mom that I might be coming back from Africa but part of my heart will stay in Africa,” Krysta said.  The last school we visited was in Masai Mara, the safari section of the region.  The team stayed in a hotel called Entumoto Safari Camp.  Since Isaac and Anthony were Safari guides, they took the team on Safari while they were here and they were able to see beautiful animals native to that region.  “We saw Giraffes, and I got to feed one, we saw zebras, cheetahs, hippos, lions and elephants,” Krysta said.  “We even had a picnic right in the middle of the safari under one of the cute Lion King trees,” she said.
With her compassionate journey to Africa complete, Krysta has decided she wants to do more.  Within days of her return from Africa she has already connected with a group that will be going to Haiti to share the Days For Girls mission.  Krysta will be leaving June 7th with the Felecian Sisters of Madonna University,  to  visit Jacmel, Haiti for a 10 day mission trip.   To learn more about the Days For Girls organization, please visit www.daysforgirls.org   You can help make a difference in a girl’s life! 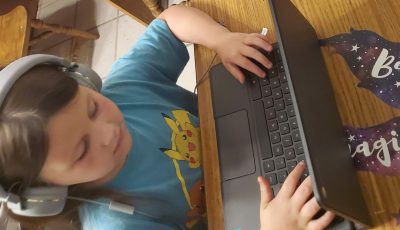