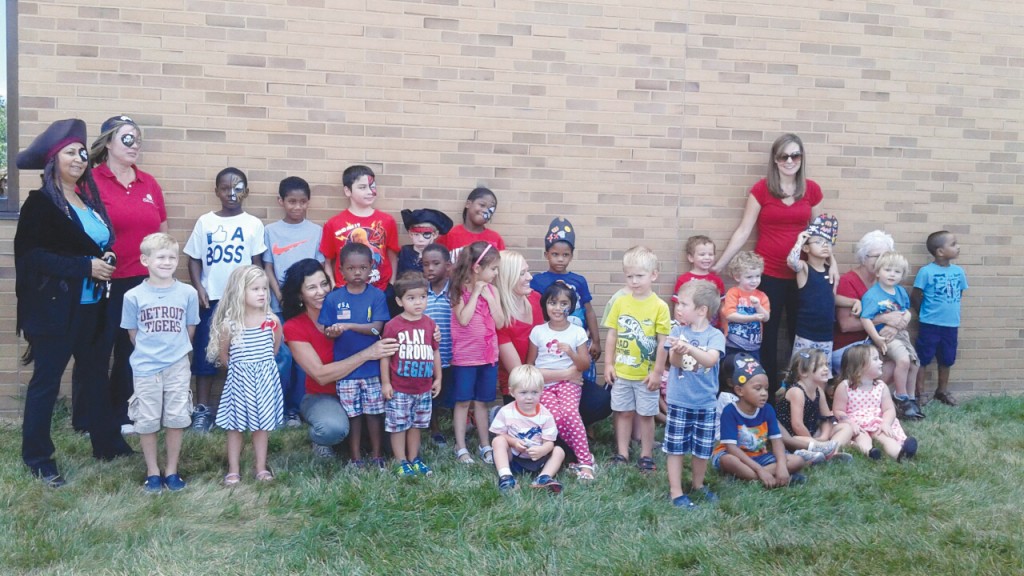 By Courtney Conover – Individualized speech therapy isn’t cheap.
In fact, it’s quite the opposite: Just one private 60-minute session can cost around $80.
So imagine the delight of parents when they learned that the total cost to enroll their child into Oakwood Hospital’s (part of Beaumont Health) seven-week Summer Speech Program was only $100, a mere fraction of what the program is worth.
“It’s about taking the pressure off parents and allowing kids to just be kids, have fun, and receive the best speech therapy possible,” says Dipti Christian, who has served as the hospital’s manager of Rehabilitation Therapy Services since 2006.
The objective of the Summer Speech Program is to bridge the gap created by summer school recess by providing a continuum of high quality customized speech language therapy to children who need it most. The program, which services participants ranging in age from 2 to 13 years old, boasts 14 one-on-one 30-minute sessions with one of Beaumont’s trained and certified speech language pathologists.
And just when parents thought things couldn’t get much better, they did.
Because when parents and their children arrived for the first day of therapy, they received incredibly wonderful news: The program would be free – not the $100 they had originally been told. The entire program wouldn’t cost a dime, provided participants met two requirements: They must achieve perfect attendance and attend the summer speech party.
“I don’t think there’s anything in life that’s free anymore,” said Rebecca Johnson, whose three-year-old met both requirements and participated in the program for free. “Insurance doesn’t cover most speech programs, unfortunately, and this program’s worth is invaluable.”
The reason for the program’s reduced rate is twofold.
First, a grant from the Oakwood Healthcare Foundation covered $250 of the $350 cost (per child) to attend the program this summer, which initially left parents responsible for the remaining $100.
But what many don’t realize is that the foundation is funded largely by the charitableness of hospital staff.
“Employees contribute on their own free will on a yearly basis, and then the foundation receives the entire account,” said Christian, who is grateful for the support of Eric Widner, Division President of Beaumont Hospital Wayne, and Jay Bonnell, the hospital’s controller.
Christian credits both men with bringing in the additional funds that ultimately resulted in the program being offered free of charge. “One week before program started, [Jay and Eric] informed me that the program would be totally free,” she said.
And, like Christian, Bonnell acknowledges that the program wouldn’t be what it is today without the unyielding dedication of speech staff. “Dipti has made the program her priority, and therapists Kelly Franckowiak, Kellie Woehlke and Kathy Collop work with the children and their parents to provide on-going communication of progress and recommendations for home practice,” said Bonnell.
Since its inception approximately eight years ago, the Summer Speech Program has continued to expand – and has doubled in the last year from 22 enrollees in 2014 to 45 in 2015.
The staff’s collective approach to therapy is what makes the program so unique.
Each therapy session features play-based activities that include games, role-playing with puppets, and even hands-on activities that hone fine motor and social skills. And each class concluded with the child selecting a treat – a piece of candy, a small toy, or other treat – from a treasure box in the waiting area.
At the end of week 13, speech staff hosted a pirate-themed party for program enrollees and their siblings, which the staff began planning for in February. The outdoor funfest boasted a bevy of activities, including an obstacle course, face painting, a create-your-own pirate hat station, and a complete lunch – all of which was complimentary.
One thing is for certain: The time and energy that the staff put into this program did not go unnoticed by parents.
“This program was exceptional, from the front desk to the therapists to the party afterward. I found everything very open-door, very inviting,” said Johnson. “I can’t even say enough about it…it was absolutely incredible.”
Wayne resident Courtney Conover is a mom of two, the wife of former Detroit Lions offensive lineman Scott Conover, and a certified yoga instructor. When she’s not on her yoga mat, she’s blogging at www.thebrowngirlwithlonghair.com, oversharing on Facebook at http://www.facebook.com/thebrowngirlwithlonghair, and hashtagging away on Instagram at https://instagram.com/mrscourtneyconover.