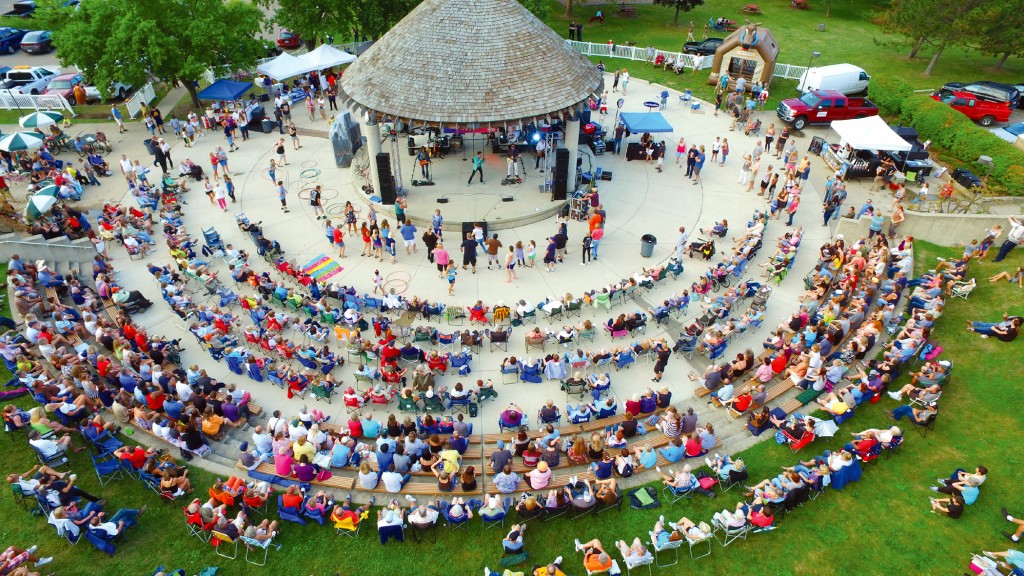 By Carolyn Marnon – When Fifty Amp Fuse, now known as Your Generation in Concert™, came to Goudy Park for the Concerts in the Park series last month, the crowd was the largest of the 5 week series. The group brought an energy to the concert-goers that had people crowded around the stage singing and dancing along.  An aerial drone took pictures overhead.  A young lady walked slowly back and forth in front of the seated attendees with a poster proclaiming “Smile” on one side and telling all that Jason was a Wayne resident on the other side. Turns out she is his neighbor and their daughter’s play together.
Jason Clark, vocalist with Fifty Amp Fuse, is a Wayne resident and has been for 8 years. He has previously lived in NW Detroit and Northville and studied Fine Art at Wayne State University.
Before joining Fifty Amp Fuse, Jason was with another band, The Wrong Numbers.  They played what is called “Northern Soul”, old 60s soul covers. Besides what most would consider Motown music, there are many other songs from Motown that have a hidden popularity and are collected by people from as far away as Great Britain.   Jason is gifted with a higher vocal range that made him catch the ear of Fifty Amp Fuse’s management.  He was invited to sit in with them and sang his way into membership.
Your Generation in Concert™ is transitioning from its former name, Fifty Amp Fuse, because the group is no longer a bar band but a show band.  “In a way, it’s like a 3-ring circus,” said Jason. The group plays many corporate events in places such as Florida, San Diego, Las Vegas and Kansas City.  They have a bigger operation than most bands with Remy Lambert and Steve Trudell producing the show.  Like all things, it will take time for people to make the name change.
The name Fifty Amp Fuse comes from a Rolling Stones hit, “You Can’t Always Get What You Want.”  The lyrics include “we’re gonna blow a Fifty-amp fuse.”  Jason’s weekends are booked throughout the summer while he performs with the band. He says the group performs 3-5 times a week, mostly around the Michigan area. He does odd jobs to supplement his income. Some of Jason’s best moments are when the group is onstage and the crowd reaction they receive.  There can be so much energy in the crowd that the band feeds off of that and then the crowd gets even more excited and the cycle continues.  The other moments are when the group is traveling around the country.  There is so much camaraderie between members.
Jason is proud to be a Wayne resident.  He sees so much potential in the city.  He also hopes that Your Generation in Concert™ (more popularly known as Fifty Amp Fuse) will be invited back to perform next summer at Goudy Park. 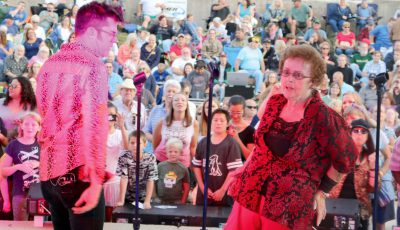