By Carolyn Marnon – When the Wayne-Westland Coalition was formed, the original intent was to increase citizen engagement. Members found that registered voters weren’t voting in their local elections. The group wanted to overcome the disconnect they felt existed between the community and local school board members.
The new student-run coalition consists of students from both Wayne Memorial High School and John Glenn High School. Counselors at both schools were asked to refer students who were interested in social advocacy or politics to become board members. Anyone is allowed to join the coalition.
The coalition uses Twitter, Instagram and Facebook to increase community engagement. Board Member Khushi Patel, a senior at Wayne Memorial, encourages community members who want to get involved with the coalition to reach out via social media. Committee members gather once a month to talk about projects they are launching. Meetings are currently being held on the Zoom platform to practice safe social distancing.
The coalition recently concluded its first project that had members individually interviewing the Wayne Westland School Board candidates. The interviews were then posted to the social media accounts as a way to disseminate information about each candidate. Khushi says the group came up with a set of questions that could be asked of each candidate, but it was up to each student who conducted the interview what questions were asked. The coalition had also encouraged community members to provide questions they wanted answers to. One candidate was unable to meet via Zoom for an interview, but she did provide a written response to questions. To remain transparent, all candidates were given a list of the possible questions to be asked ahead of time; no one was surprised.
The Wayne Westland Coalition is currently trying to raise awareness of the importance of voting in the upcoming election. Members also plan to reach out to community members directly to ask about concerns they have about the school district’s virtual education program. They plan to collect responses and present them at a future school board meeting.
If you would like to learn more about the Wayne Westland school board candidates, you can visit the group’s Facebook page: https://www.-facebook.com/waynewestlandcoalition.
Current board members from Wayne Memorial are Khushi Patel and Lauren McKeny. Representing John Glenn are members Erin Knape, Jillian Downey, Karina Vazquez, Kathryn Bigelow and Shannon Blevins. The board is rounded out by Wayne Memorial alum Nikita Bhangu who is currently attending Michigan State University. 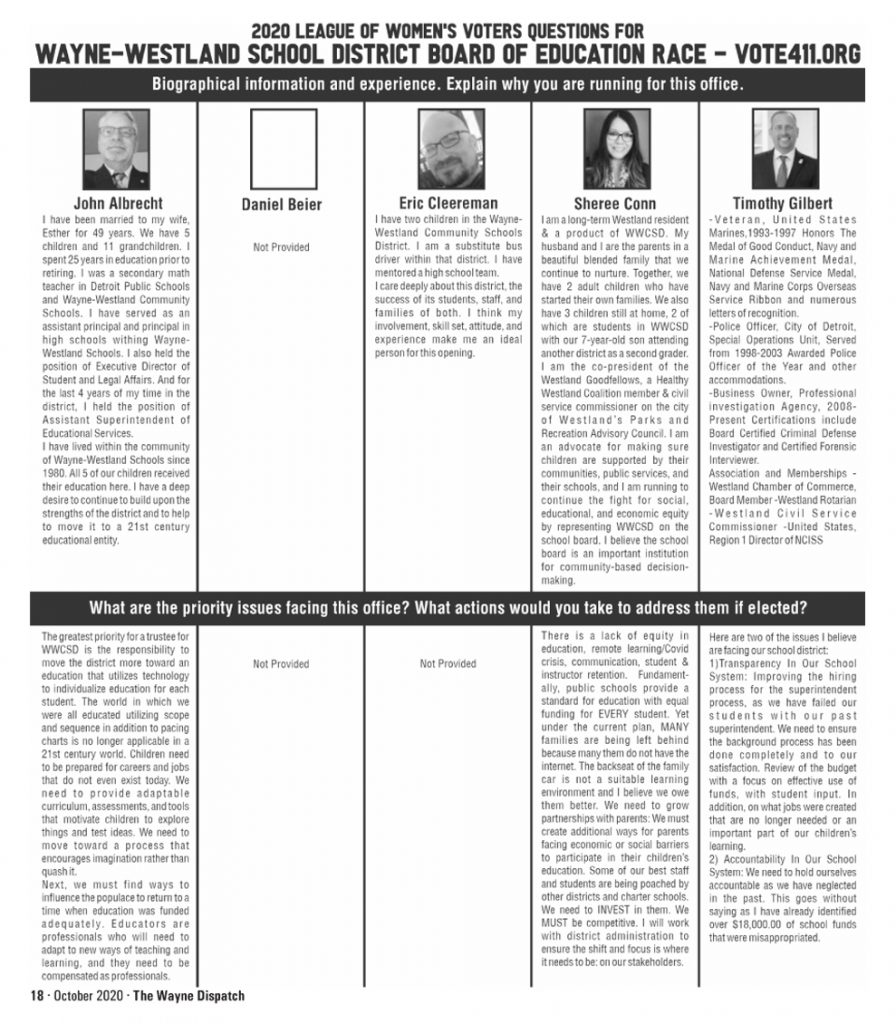 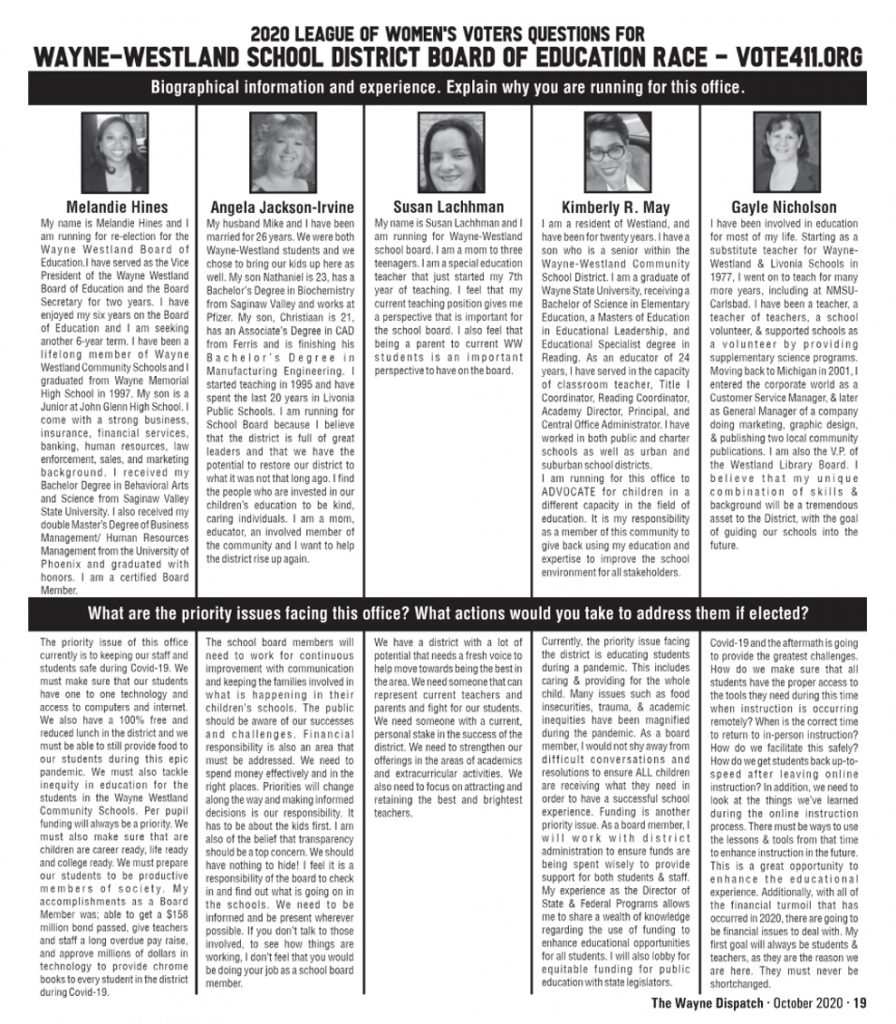