By : John Rhaesa
Comment: Off
Tag: City of Wayne, Councilman Alfred Brock is sworn in by his wife Bernadette. 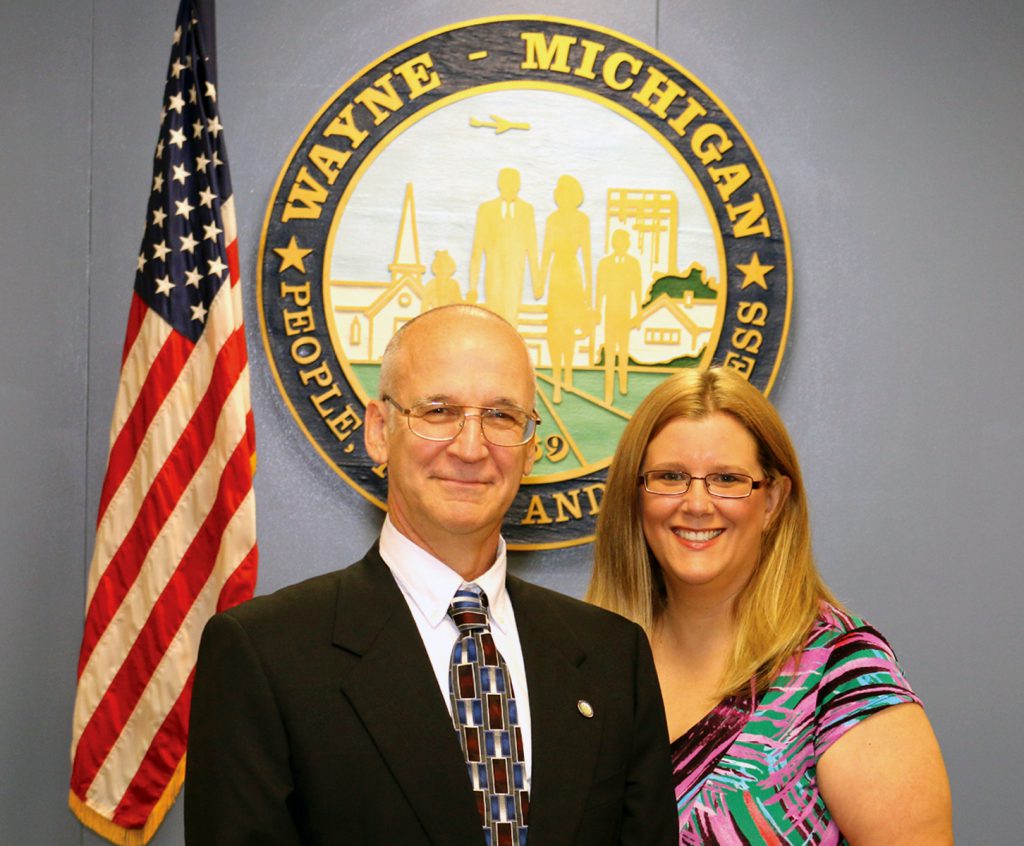 By Carolyn Marnon – The Wayne City Council looked a little different at the November 17 city council meeting. Gone was former councilman Jeremiah Webster (who did not run in the latest election) and in his place was newly elected councilman Alfred Brock.
If you don’t already know Alfred, let’s change that. 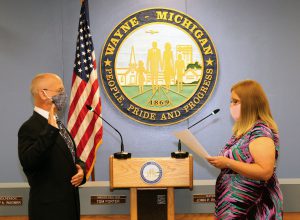 Newly elected councilman Alfred Brock is sworn in by his wife Bernadette. Photo by Natalie Rhaesa

Alfred lives in Wayne. He’s a very active volunteer wearing many hats. He volunteers with Gleaners Community Food Bank working in their Speaker’s Bureau as well as other things. He is co-chair for the Detroit Public Television Community Advisory Panel where he meets with journalists, professionals, government officials and many Michiganders. He also volunteers occasionally with DPTV for the Fall and Holiday Festival. He’s a Board Member of the Northwest Wayne Chapter of FAN (Families Against Narcotics) working hard to eliminate the stigma associated with drug abuse and addiction.
What inspired Alfred to run for City Council? “I have to say it is a combination of my appreciation of our shared American ideals, representative government and personal responsibility. I like to know what is going on in the community and share with fellow citizens as well as help them when I can. There are lots of problems all around us but there are even more opportunities for improvement. I believe that compassion, help and knowledge are better than inhumanity, violence and aggression. I know that Wayne is a great community, and I want to do all I can for it.”
“As a City Council member,” said Alfred, “I hope to achieve the admiration and respect of my fellow citizens by carrying out my duties to the best of my abilities for the betterment of everyone who is fortunate to live with us.”
Councilman Tom Porter, who was re-elected to serve a second term, received a unanimous vote from council to continue as Mayor Pro Tem.