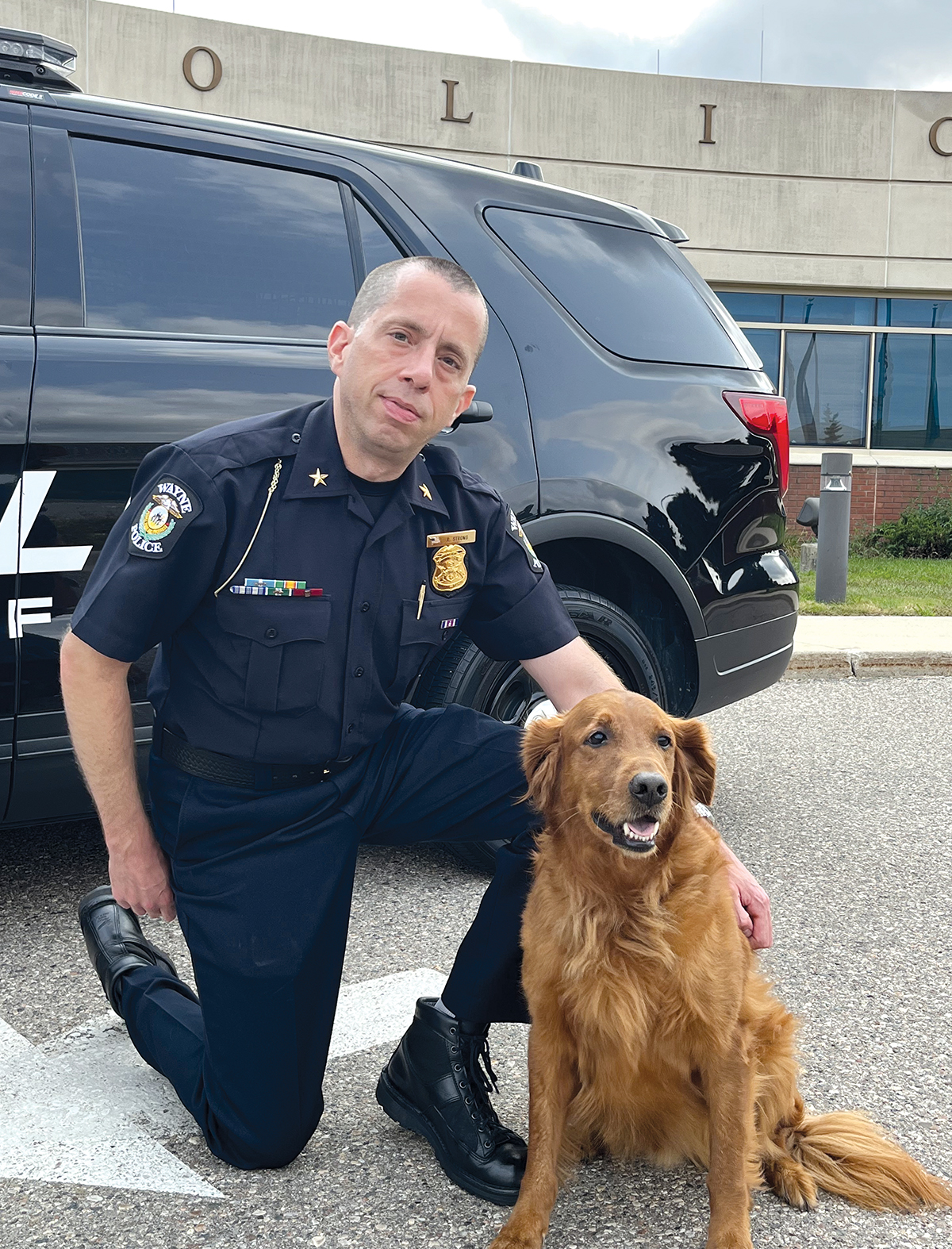 By Sarah Shurge – The youngest member of the Wayne Police Department has passed away. Zeke, the Wayne Police Department’s therapy dog, died Monday, October 3rd, after a short battle with cancer.
“It is just absolutely heartbreaking,” said Wayne Police Chief Ryan Strong. “I’ve lost other dogs, but it’s just nothing like this. Zeke was a really good dog. He understood his job and took it seriously. The impact he had on the community.”
Zeke joined the Wayne Police Department in 2019 to provide comfort to police officers, staff, crime victims, and more.
According to Alliance of Therapy Dogs (ATD), therapy dogs can reduce stress and anxiety, provide companionship, and help people get through emotionally trying times.
“Police work is very stressful. We see people on the worst day of their lives,” said Chief Strong. “It’s hard to have a frown on your face when there’s a good-looking Golden Retriever walking up to you with a wagging tail.”
Therapy dogs must undergo obedience testing, veterinarian certification, and observation from trained testers in various settings, the department said.
ATD provides support to those who use dogs to visit nursing homes, hospitals, schools and other facilities where a dog could provide comfort to others.
Zeke received 24 weeks of obedience training before being given an obedience test. After that, he underwent a series of observations by ATD while visiting various public places, such as a hospital and a psychiatric facility. He was also observed at the police department.
The cost for training, dog supplies, veterinarian checks, and membership to the ATD was covered by Chief Strong. Zeke lived with Chief Strong, so there was no cost to the city involved in making Zeke a therapy dog.
“Zeke took his job very seriously. He’d make his rounds around the precinct. He worked a 10-hour day three days before he died,” said Chief Strong.
Zeke was only 6 years old when it was discovered that he had Hemangiosarcoma. This is an extremely aggressive type of cancer that attacks the body through blood vessels.
“It happened in a matter of one week. He hadn’t been eating that week, worked all day on Friday and passed on Monday,” said Chief Strong.
Not only Chief Strong, but the entire department has felt the loss of Zeke.
“I always was aware of the impact Zeke had on employees, but after he passed, I had employees reach out to say the impact he had on them,” said Chief Strong. “Several people said Zeke was their favorite coworker.”
At the City of Wayne’s last council meeting on Tuesday, October 18th, Wayne Mayor John Rhaesa honored Zeke with a photo and plaque. The photo will be hung in the police department.
“Zeke showed no judgment, no stigma, and there was nothing there except a pure connection with everyone who crossed paths with him,” said Lisa Nocerini, Wayne City Manager. “Zeke brought so much to the Police Department and the entire city. He will be fondly remembered. I miss him terribly.” 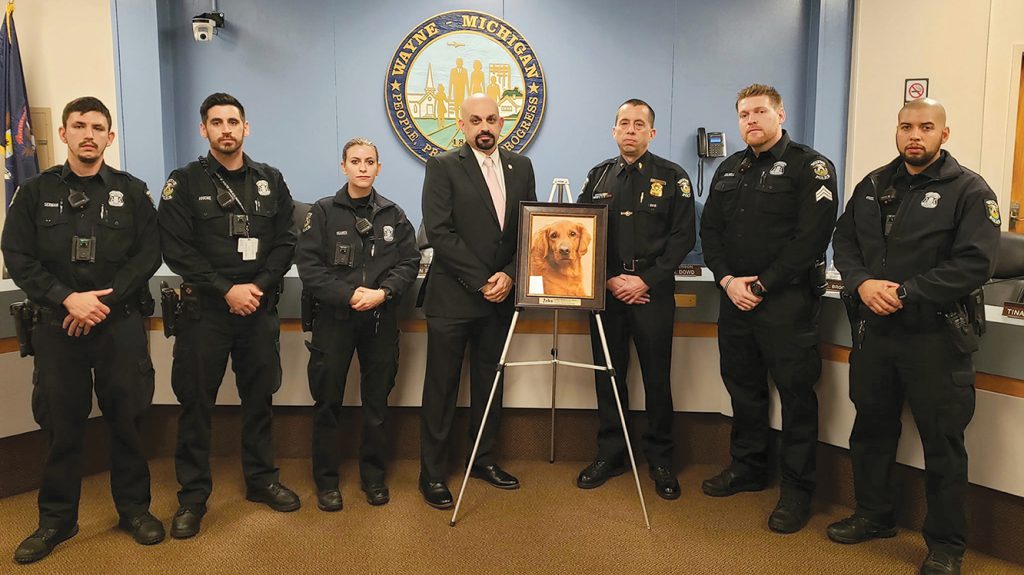 Mayor Rhaesa on behalf of the council and city administration presented a portrait of Zeke to Police Chief Ryan Strong and his officers at a city council meeting last month.

Local 4 and Hometown Life wrote a piece about Zeke joining the force in December 2019, and both Fox 2 and CBS wrote an article about Zeke’s passing in October 2022.
“Seeing him honored in the community and the news, it was comforting and humbling that he made this wide ranging impact,” said Chief Strong. “I received nothing but support from the city for the therapy dog program.”
The therapy dog program does not end with Zeke. Zeke has already inspired therapy dog programs at multiple other police departments.
“Six or eight other departments have reached out to me on how to create the therapy dog program at their department. One department from another state too,” said Chief Strong. Zeke will not be the last therapy dog at Wayne Police Department.
“It’s a very important program. He brought joy to employees and the community. Everyone in the community loved seeing him,” said Chief Strong. “He made it easier for me and the police department to get through the past couple years.”
If anyone wishes to honor Zeke’s memory, please consider donating to First Step. Their Ark programs allow survivors of domestic and sexual assult to stay with their pets in a safe place. You can donate by visiting: firststep-mi.org/donatenow/.

Events honoring our veterans in Wayne this month 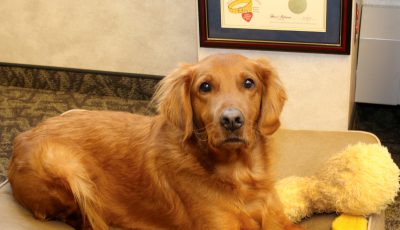