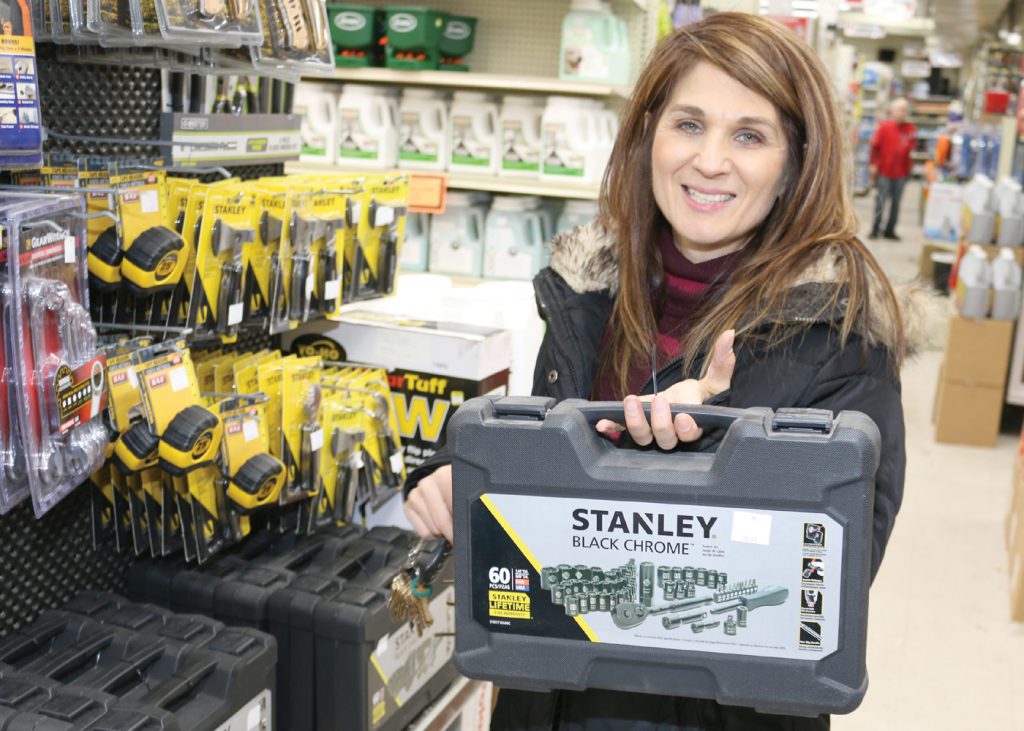 By Carolyn Marnon – And the winner is….Kelly Skiff! Wayne Main Street, in partnership with the Wayne Downtown Development Authority, sponsored a $1000 shopping spree contest last month before Christmas. Kelly was chosen as the lucky winner to shop at five stores in downtown Wayne.
Kelly said no one ever expects to win, but you always imagine what you might do if you did win. She thought it would be nice to buy gift certificates at the State Wayne for everyone on her gift list. Unfortunately, the State Wayne was not one of the businesses involved with the shopping spree.
“I had to spend it all in one day,” Kelly said. There were five stores involved and she spent money at every one. She says she already shops at Northside Hardware and shopped a long time ago at Designer Wearhouse. She bought a few clothing items at Designer Wearhouse and then bought things like a shovel, salt and other things you don’t like to have to spend money on at Northside.
Kelly is a resident of Wayne; she said she has never been in Leo’s before. She isn’t big on jewelry and didn’t realize they had a gift section in one half of the store.
She was able to find a pair of tennis shoes, boot-style, for her son at Puffer Red’s. She found the prices there quite reasonable.
The final stop on her shopping spree was at Helium Studio. She had already decided if she had extra money to spend at the end of the day, she wanted to spend it there. “I loved it! I ended there in case I had extra money. I spent more than half of what I won there.”
According to Wayne Main Street’s Executive Director Maxwell Cameron, “We really tried to show off the assets downtown has as a shopping destination.” The shopping spree contest was just a portion of a larger marketing campaign geared toward Wayne and outside communities to show off downtown Wayne. The shopping spree was a pilot project this year.
“The DDA (Downtown Development Authority) partnership with Main Street is invaluable!” Lori Gouin, Community Development Director for the City of Wayne, enthused. “Wayne Main Street plays a very important role in promoting our downtown. The annual holiday shopping campaign, co-sponsored by the DDA, achieves the DDA’s mission in reinvesting in our downtown and supporting our local businesses.”
“It was really a lot of fun, said Kelly. “It was an unexpected blessing, for sure.” 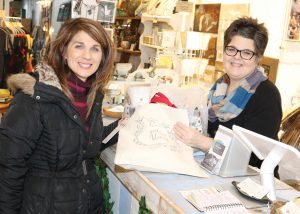 Kelly gets checked out by Helium Studios owner Kim Jenkins. 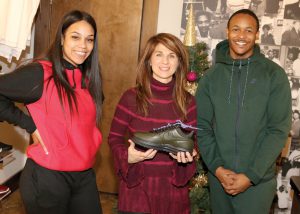 Kelly shows off her son’s Christmas present with the staff at Puffer Red’s. 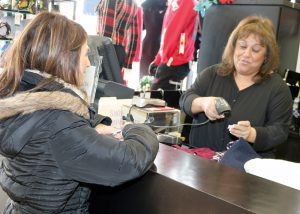 Kelly gets a gift for herself at Designer Wearhouse. 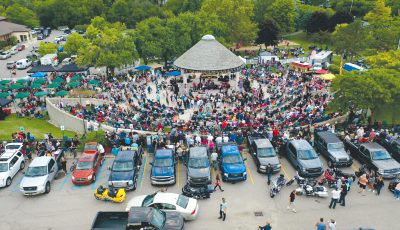