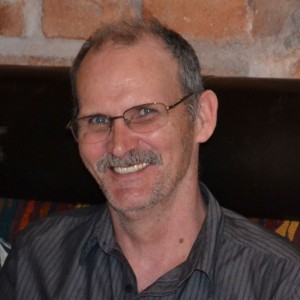 By Carolyn Marnon – At approximately 5:15 p.m. on Saturday, September 26, the Wayne Police Department was dispatched to an address on Chamberlain Street.  Upon arrival, police officers found 58 year old Dan Dart deceased at his residence. He had suffered multiple injuries.  Dart’s 26 year old step-grandson, Jesse Wayne Gunderson, was taken into custody by police.
Dart is a retired Ford employee. He had taken Gunderson to a Tigers baseball game and to other activities and outings while Gunderson was living with him and his wife, Gunderson’s grandmother. He tried to be a mentor and parent-figure for Gunderson.  “He was such a good guy,” brother-in-law, John Phillips, said of Dart. “He would just give his shirt off his back not only to take his family members in … but to get them on their feet. And he was trying to do that for this young man as well.”
“Dan is a person everybody on this street loves,” said Robert Porter, Gunderson’s uncle. “Everybody who knows him knows him as a happy go lucky guy and loved his grandson with all his heart. They got along real well and never had issues. We don’t have any idea about the whys yet. Only God knows why. We trust that the Lord is going to get us through each day to answer these questions for our side and the rest of Dart’s family because they want to know too.”
“It happened extremely fast. Quiet. There was no indication this was going to take place. These were two people that loved each other,” Porter said. Reports are that when Dart went into his backyard, Gunderson hit him on the head with an ax.
On Tuesday, Gunderson was arraigned at 29th District Court in Wayne on charges of Homicide-First Degree Murder-Premeditated.  A not guilty plea was entered on his behalf, and he is being held without bond. When Judge Laura R. Mack asked “Do you understand what you are being charged with?” Gunderson replied, “No.” The Probable Cause Hearing is scheduled for Tuesday, October 6, and the Preliminary Examination is scheduled for Tuesday, October 13. Both will be held at the 29th District Court.