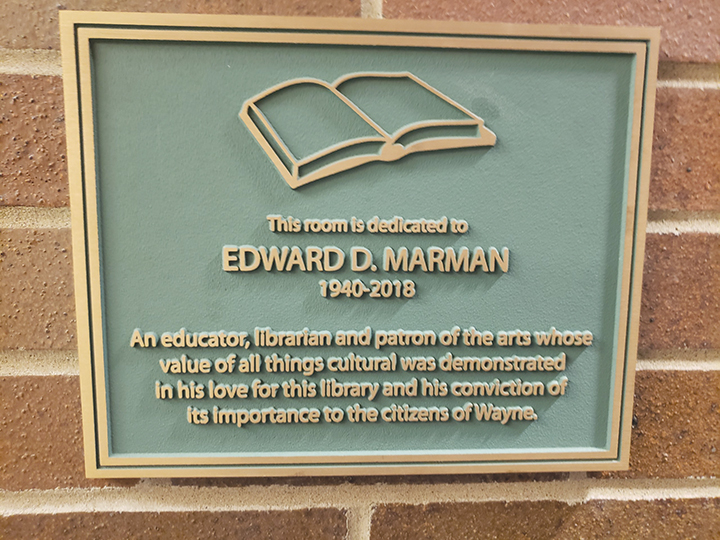 By Carolyn Marnon – “This building became a library when the people walked in,” said then-Library Board President Ed Marman at the dedication ceremony of the Wayne Public Library 25 years ago.
Twenty-five years later, the library still exists to serve the community, although the ways in which it does the serving have changed. Even with COVID-19 present, the Wayne Public Library checked out over 42,000 digital and physical materials last year. According to Library Director Jody Wolak, that’s the highest number of circulations the library had seen in the last five years.
What can change in 25 years? In 1996 when the Wayne Public Library opened, cell phones were not commonplace, they were bulky, and they sported antennas. In 2022, cell phones are handheld computers that almost everyone carries with them.
In 1996, a desktop computer sporting megahertz and megabytes would cost you over $4000. In 2022, you can buy an all-in-one desktop or laptop computer with so much more power with gigahertz, gigabytes and tetrabytes for $600.
In 1996, a standard TV was considered 27 inches, and cable TV was all the rage. In 2022, high definition and flatscreen TVs are the norm with an average 50-inch screen size. TVs are now “smart” and streaming services consume viewers screen time.
In 1996, less than 17% of households had access to the internet. In 2022, that figure is now over 85%.
Libraries were once thought of as places to go to check out books or to study at. Over the last 25 years, the ways people use libraries has changed. Yes, people still check out books, but now there are so many other things they can check out. There are music CDs and movie DVDs. You can even check out e-books to read on your computer or audiobooks to listen to. The library can get you a book it doesn’t have from another library without you having to travel to that other library. You can access the internet at the library if you don’t have it at home or use one of the computers in the library. Where once you had to search the card catalog to locate books on your topic of interest, now you can just do a computer search and sift through the array of materials that appear on the screen in front of you.
Discussion about a new library began back in the 1980s. Wayne and Westland shared a library in the building at the corner of Wayne Rd. and Sims St. that was actually a branch of the Wayne County library. Both cities had grown, and together they came to the agreement to split the collection they shared and build their own individual libraries.
When the Wayne Public Library opened in 1996, there was no debt owed on it. “This is another one of the jewels we’re going to add to our collection,” then-Mayor Ken Warfield told the audience who attended the dedication ceremony. Some of the services mentioned on the dedicationcCeremony booklet included offerings of video tapes and facsimiles.
Have you ever stopped to look at the library’s logo? Lois Van Stipdonk, the Wayne library’s first Library Director, explained that they wanted a fresh start for the library. Because the old library had been so cramped, they felt they could spread their wings in the new 24,000 square foot library. The logo symbolizes “the library’s emergence from the cocoon of the old building and from being just a branch of the old library to being our own independent library.”
“I know the library will continue to flourish as the gem of downtown Wayne and will keep spreading its wings for many years to come,” said Van Stipdonk.
“No matter how much technology or the world changes,” said current Library Director Jody Wolak, “the library remains a place of entertainment, education, and enrichment that is open to all.”
“The library would not be what it is today without the people who use it. Thank you for continuing to use and support your library as we navigate our way through these difficult times.”

WWJ Newsradio 950’s midday anchor Brooke Allen is a wife, mother, and unabashed optimist. Here, she shares her approach to remaining hopeful about the future. 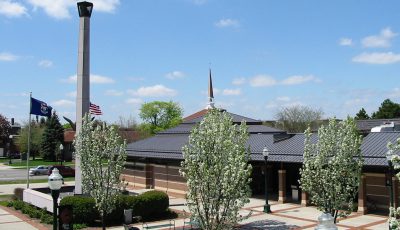