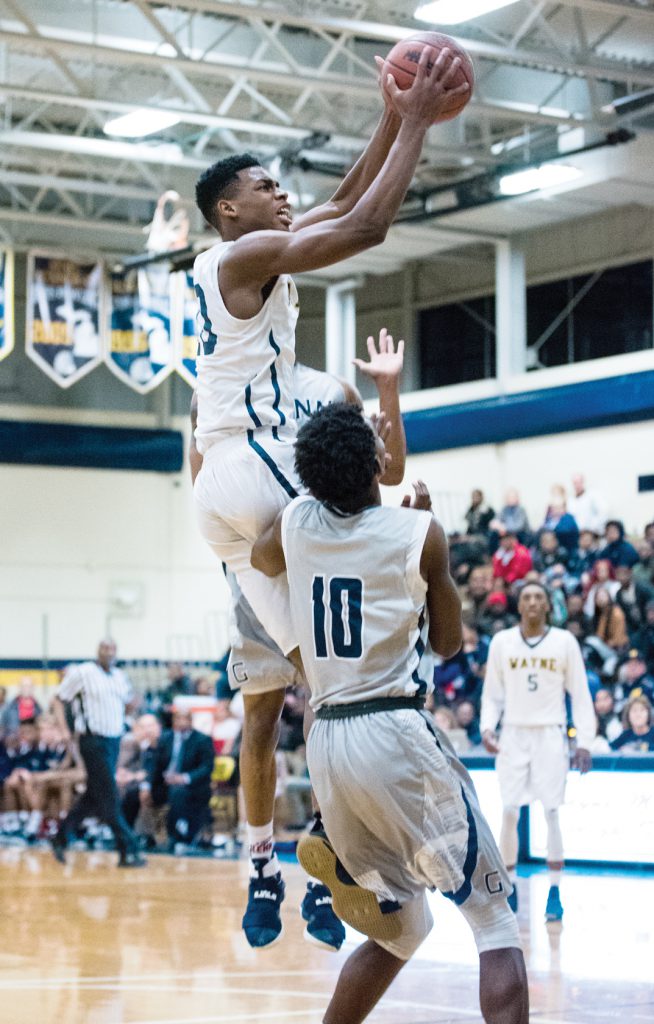 Kevin Epps beats the defender to score and led his team to victory. Photo by Ryan C. Wright

By Dave Merchant –  The Wayne Zebras boys’ varsity basketball team has plenty to be proud of this season. The team coached by Nkwane Young has done something the school has never in history been able to do.
Earlier in month they defeated Walled Lake Central 47-44 to win the school’s first ever Kensington Lake Valley Association Championship.
“It was a close game to the wire,” Young said. “They were up by 11 but we game back late in the fourth and matched them bucket for bucket.
Rashard Williams led Wayne in scoring with 25 points (most of them in the second half). Kevin Epps grabbed 16 boards to help guide his team to victory.
“I was really excited after the win for the whole Wayne community,” he said. “We won the division, the conference the whole thing.
“It gives us a big momentum taking a win into district.”
In the middle of the second week of March they play the winner of Lincoln Park and Allen Park at Allen Park in the Class A district semifinals for the right to battle for the district title.
This team currently holds a 17-3 record going into post-season play. Some of the big names on the team include junior Rashard Williams who averages 23 points a game and Epps who averages 18 points a game and will be playing for Eastern Michigan University in the fall.
“The main thing is to keep it up,” he said. “Be level headed and do something the school has never done before. It is very huge and we want to win a district.”
Other keys to the team are junior guard Terance Williams, sophomore Isiah Lewis and Travis Nyk.
“We also have the guys off the bench like Coby Price,” he said.
Two other keys according to Young are Natier Bryant and Xavier Moore.
“We have a young team that is winning,” he said. “It isn’t really about stats. We work hard and we win. I have my guards and a lot of players coming back next year.”
Young said this team he has for Wayne reminds him of the 2014 team he coached at Fredrick Douglas.
“We had three guys go Division 1 and seven players all together who went on to play college ball.”
That team lost in the State Semifinals.
Wayne’s post season journey begins March 8th and they will determine their own destiny. 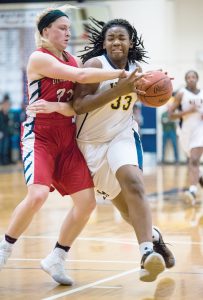 Girls’ Basketball
Winning isn’t everything for Wayne Zebras’ head girls’ basketball coach Jarvis Mitchell but it sure is nice. The Zebras captured their first ever Class A district title on March 3 with a resounding win over Romulus 65-27.
Believe it or not the score was knotted at four after the first quarter.
“We missed over 20 layups in the game,” Mitchell said. “There was a lid on the basket. The girls just used a lot of energy and worked through it.”
Mitchell said the girls have never won a district or had a banner. Now they get both. Scoring for the game was led by sophomore sensation Jeanae Terry and junior sensation Camree Clegg who each had 19 points.
The team which improves to 18-4 will play in the Class A regional against Belleville at Lincoln Park on March 7th.
The girls finished 10-1 in the Kensington Valley Association with the only lost to Canton. The Zebras won the Conference Championship defeating Novi. In the overall Championship, they fell to Hartland 61-48 to finish in second place overall in the league.
Terry averaged 17.7 points a game and was named all-league.
“She played our number one guard and made a lot of shots in transition,” he said. “She was the most versatile player. Against Kennedy in the districts she had 27 points and 12 steals and Clegg was also named all-conference as a point guard and leads the team with a 26.7 points per game average. She has an offer on the table to play at Clemson.
The two seniors on the team Marwa Chikwe has an offer to play at Youngstown State and Mya Garrett (six-foot, three inches) averaged nine points and 11 boards has an offer from Mississippi.
Sophomore Jayah Hicks who played small forward averaged seven points and nine boards. Another very talented player for the Zebras was Makailah Griggs-Zeigler who played small forward.
“This is my third-year coaching here,” he said. “I have been grinning. This team is more identical to me. I have never been satisfied.”
Mitchell said winning a division title was nice but that is not his goal as a coach.
“I am showing them different avenues that you can use basketball as a life lesson,” he proclaimed. “I work as a translator to be a bridge and a mentor.”
He said his whole approach is to have trust and love in the game with passion. Both Wayne girls’ and boys’ basketball teams have made history so far. Let’s see how much further these talented young athletes can take it. 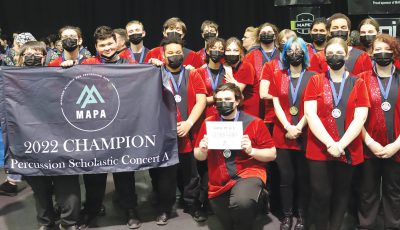