By : John Rhaesa
Comment: Off
Tag: Diamond of the Community, Wayne Michigan 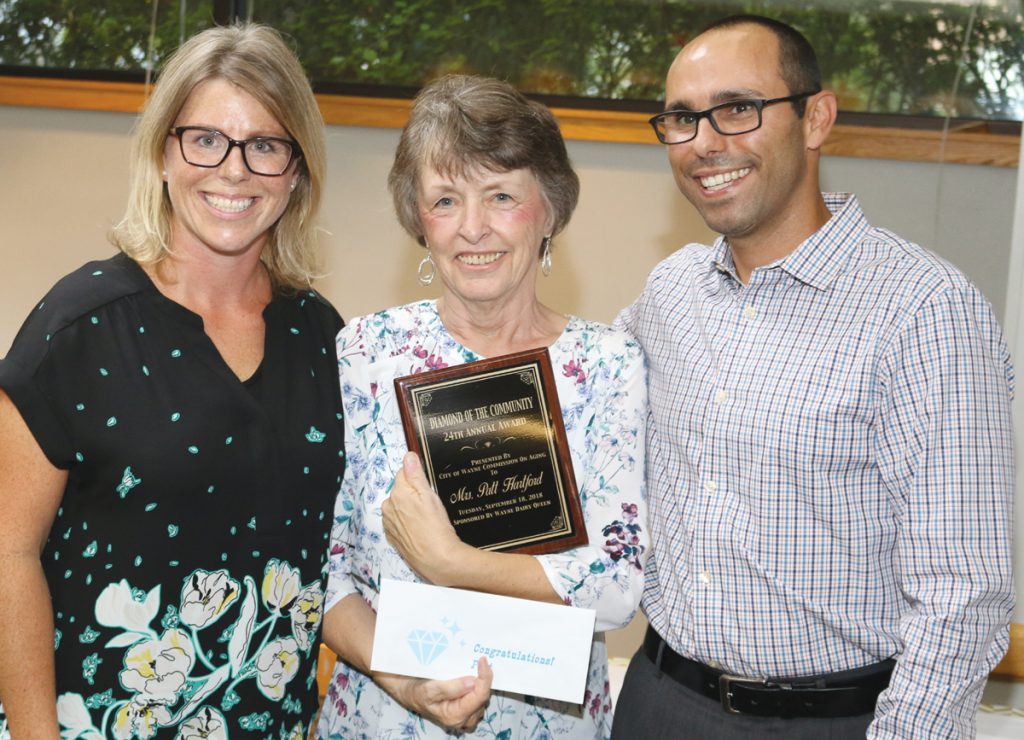 By Carolyn Marnon – “I was forced to do a Mother-Daughter project by a mother that would not take “no” for an answer,” says 2018 Diamond of the Community Patt Hartford about her first experience volunteering. The event was put on by the Washington School PTA. “I was scared to death, but she also recruited two assistants, and we managed to pull it off. That was a start, and I did PTA projects for years while my four kids were at the school.”
Patt had moved to Wayne from Romulus in 1963. She graduated from Wayne Memorial High School. She had four children, Diana Bentley, Ilona Zigman, Donald Hartford and Derek Hartford who all attended Wayne-Westland schools. She now has 10 grandchildren and has been with her partner, Ron (Corky) Hays, for 24 years.
Once the kids were out of school, Patt started looking for other projects to keep busy. Her first job was at Jack Demmer Ford. She spent 12 years working at Wayne County Airport until retiring.
Over the years, Patt has met lots of people and made lots of friends. “I keep a pretty full schedule with my various groups but have a hard time saying “no” to a project that peaks my interest. I love all the different activities since its fun and rewarding, not work.”
Over the years, Patt has volunteered with the Euchre group at Jake’s, with the Wheelfest Committee and Civitans, ran a women’s golf league and also currently volunteers making scarecrows for Wayne Main Street. “Being this year’s Diamond really surprised me,” says Patt. “Especially since I have not been able to be active this summer due to some issues with a fall. I look forward to getting past this and back to my usual schedule next year.”
Patt was honored by the Wayne Commission on Aging at a community dinner held last month. The Diamond of the Community has been sponsored by Wayne Dairy Queen owners, Mike and Jenn Petrou, for several years. Mike’s parents, John and Anna Petrou, were longtime sponsors when they owned the ice cream shop.
“The dinner and program was extremely nice with lots of friends and family attending. I was honored to see so many people, and I truly enjoyed the evening in spite of being ‘under the weather’,” says Patt. “I had several family members in attendance. Of course, Corky Hays was there along with two of my sisters from the Brighton/Hartland area. Su Hale and her husband Bob, Roxanne Righetti and her husband Ernie, my granddaughter, Allison Bentley with her friend, Jeremy, and also my son, Don, who flew up from Atlanta to join in. It was nice to see several of Corky’s family, the Fantos, and many of my friends that I made from various projects.”
“I will remember that night always. Volunteering over the years has made up the stories of my life. Volunteering is a rewarding way to make friends, improve your community and have fun in the process. Getting this award for having fun is way more than I needed.”