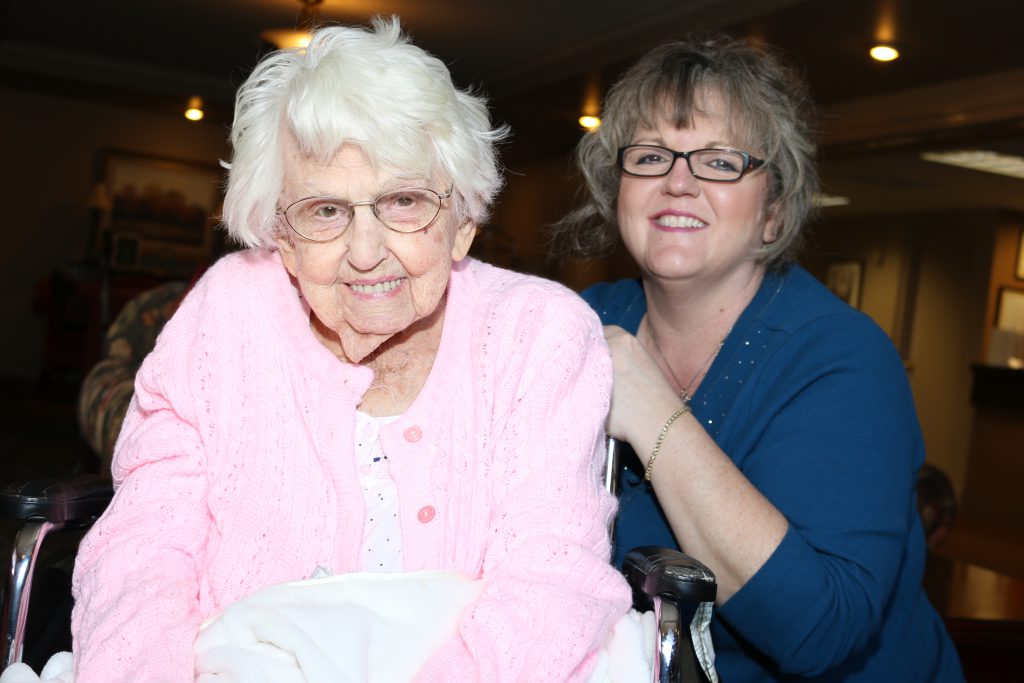 Edna Wootton is celebrating a big birthday this month…she turns 105 on April 22nd.  Longtime Wayne resident and currently living in Maple Manor, Edna says she enjoys living at Maple Manor.  “The staff take really good care of me, they are like family to me.”
Edna moved from Evansville, Indiana in the early 1930’s and worked at Graham Page during the war.  She was also a nurse in the psychiatric ward of St. Eloise from 1945 through the late 1950’s.  She went on to work at the Plymouth State Home.  She earned her LPN at the age of 42.  She then worked at Advance Nursing Home until she was in her late 70’s.
In the early years Edna worked for a basket and button factory.   She also raised her family in Wayne.  Her son George and daughter Judy attended St. Mary’s Catholic School.  Edna spent a lot of quality time with her grandchildren.  She loved to plant flowers and tend to her flower gardens and enjoyed cooking and baking… fried chicken dinner was a family favorite and her pumpkin pies were always a big hit. “We spent lots of time with our grandmother.  She would take us shopping and out to lunch and she always had beautiful flowers.  We have so many wonderful memories of the good times we spent with our grandma,” said her granddaughter Susie Hammons. 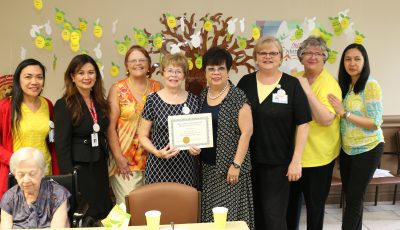