The Conference of Western Wayne, representing 18 communities, had their regularly scheduled meeting in the City of Wayne last month, where they passed a resolution to not pay anymore of Highland Park’s debt to the Great Lakes Water Authority.

By Sarah Shurge – $54 million dollars! That is what the City of Wayne community along with 87 others is paying in accumulated debt for a project repair that was supposed to be completed in three to four days, but never was ten years later.
In 2012, the State of Michigan requested the then Detroit Water and Sewerage Department (DWSD) to provide short-term emergency water services to Highland Park after the State of Michigan determined the city’s water treatment plant was creating a public health risk to its residents and was in need of repairs. On November 12, 2012, the repairs to the plant were to be completed within three to four days per the State of Michigan, but that never happened. Instead, an emergency order was put into place to provide water services to Highland Park through the regional system. That was nearly ten years ago.
Since 2012, Highland Park has paid less than 1% of its water service charges, 50% of its sewer charges, and has accumulated 54 million dollars in debt for both water and sewer services.
Highland Park’s debt has been allocated to the 87 Great Lakes Water Authority member communities including the 18 communities in Western-Wayne County or approximately 730,000 customers. On March 11, 2022, City of Wayne Mayor, John Rheasa, who is currently serving as the chair of the Conference of Western-Wayne (CWW), and hosted the 18 CWW communities where this issue was discussed at great length with representatives from the GLWA in attendance. Members of the CWW voiced their opposition over the current situation with Highland Park and impressed upon the GLWA to find a better solution and also return the money back to the communities. Speaking as one unified voice, the CWW Board voted in favor of the following: the State of Michigan and the GLWA not to require the 87 member communities to pay for Highland Park’s debt to GLWA; the CCW communities will not pay anymore to the debt; the State to become involved in resolving this dispute; the State to develop a long-term infrastructure solution to address the water and sewer issues in Highland Park; and the State of Michigan to reimburse the communities for the almost $14 million that has been paid towards this debt.
The CWW Board also called on the State of Michigan to create a system where this situation of debt and communities being charged the debt cannot happen again in the future.
“We support healthy communities. We want you to thrive. So if there is a community that is in distress and it needs us to provide water for three or four days, that’s not a problem. This is what we would do for each other,” said Suzanne Coffey, GLWA Interim Chief Executive Officer. “But the fact that the resolution wasn’t going to be expeditiously enacted, after those three or four days, that’s where it became very problematic. There should have been, in that moment and time, a much bigger discussion about what was going to happen going forward.”
“For the conference of Western-Wayne’s portion, up through June 1st of this year, we will have paid 14.6 million dollars,” Jordyn Sellek, CWW Executive Director. “This is 27% of the entire total of the 54 million dollar debt.”
Sellek explained that 19.8 million dollars were allocated to all of Wayne County and the CWW is paying for 73% of the debt allocated to Wayne County.
“By the end of next year if things go forward as they are currently, we [CWW] will have paid 16.4 million dollars. And those percentages still stay the same: 27% of the entire 61 million dollar debt and 73% of the debt allocated to Wayne County,” said Sellek..
There was also a mention of refusing water services to Highland Park brought up at the CWW meeting along with questions about where Highland Park’s resident’s payments were going.
“The minute we go out and turn water valves, it makes those homes uninhabitable. There are 9,000 people in the City of Highland Park. Individual people. Most of those households are paying their water bills to the city. So we’re not going to create a public health crisis over two governmental entities having a charge dispute,” said Coffey. Coffey explained GLWA knows what their charges to Highland Park are, and what Highland Park is paying them. However, what Highland Park is charging their residents, GLWA does not know. “That certainly is something from a legal perspective that we are wondering: why is it that we are not receiving what we are owed for that portion of the charges,” said Coffey.
Highland Park has a history of paying less than they are supposed to, and GLWA has tried to take legal action against Highland Park multiple times before.
At the CWW meeting, Randal Brown, GLWA General Counsel explained that GLWA has filed lawsuits against Highland Park in the 1940s, 1990s, 2014, and 2020, and the State (2021 water only).
In the 2014 case, the trial court entered a judgement of $21 million dollars, but Highland Park pursued a countercomplaint. Both parties accepted a one million dollar evaluation relating to Highland Park’s countercomplaint. The case is on appeal.
Since 2014, there are additional amounts that Highland Park has not paid to GLWA for water and sewer services, which is included in the 2020 case. However, the 2020 case is awaiting orders on the filed dispositives motions.
GLWA has reached out to the State asking for assistance with this situation. Coffey mentioned that GLWA recently received a letter from the State encouraging GLWA to have a conversation with Highland Park to come to a resolution on their own.
The GLWA board recently adopted charges and a budget for the 2023 fiscal year which begins July 1, 2022. Debt services are 42% of the GLWA FY 2023 Water Revenue Requirement budget.
Without assistance from the State with the Highland Park debt, obtaining a solution for communities to receive their money back does not seem attainable.
“If we get a settlement in the case, the money that would flow into the system from any settlement would come back to the communities,” said Coffey. 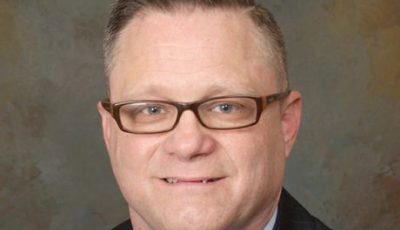 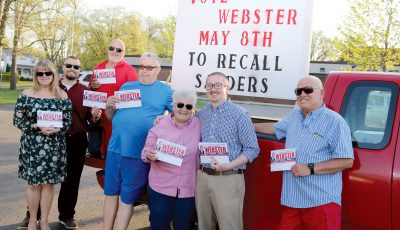 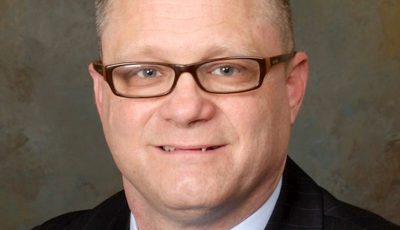