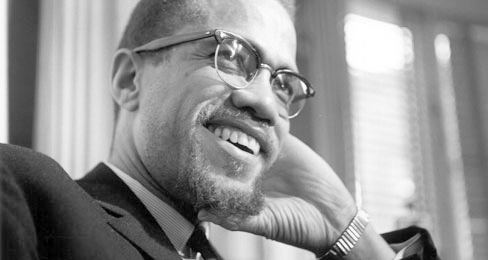 In August 1952 Malcolm Little was released from prison in Massachusetts after serving 5 years. He was put on parole, limiting where he could travel and having a condition that he be employed. Little moved to Inkster to live with his older brother Wilfred and sister-in-law Ruth. In January 1953 Malcolm began working at the Wayne Ford Assembly plant as a final assembler putting car bodies on the frame. The plant was recovering from a worker strike at the time and was very understaffed. Due to the strenuous work and lack of help on the line he quit after 1 week. Almost immediately he got a job at the Gar Wood plant in Wayne, which made garbage trucks. At Gar Wood many of the jobs for blacks were dirty and dangerous, and Malcolm was hired to follow behind welders and grind their welds. He considered it a miserable, monotonous job and felt caged. In February 1953 the Detroit FBI came to Gar Wood and pulled Malcolm off the line, still wearing his overalls and goggles.
They informed him that he had not registered for the draft and that he needed to do so at once. Feigning ignorance he did so, but as a conscientious objector he ensured that he would be rejected. The FBI would monitor him and his activities for the rest of his life. At both jobs Malcolm was said to be a pioneer in turning to the east and kneeling for prayers while working on an assembly line.
In May 1953 his parole was completed and he was free to travel again. His temple in Detroit promoted him to Assistant Minister and so he quit his blue collar job at Gar Wood. He continued to live in Inkster until 1964.