The History of Our City Hall 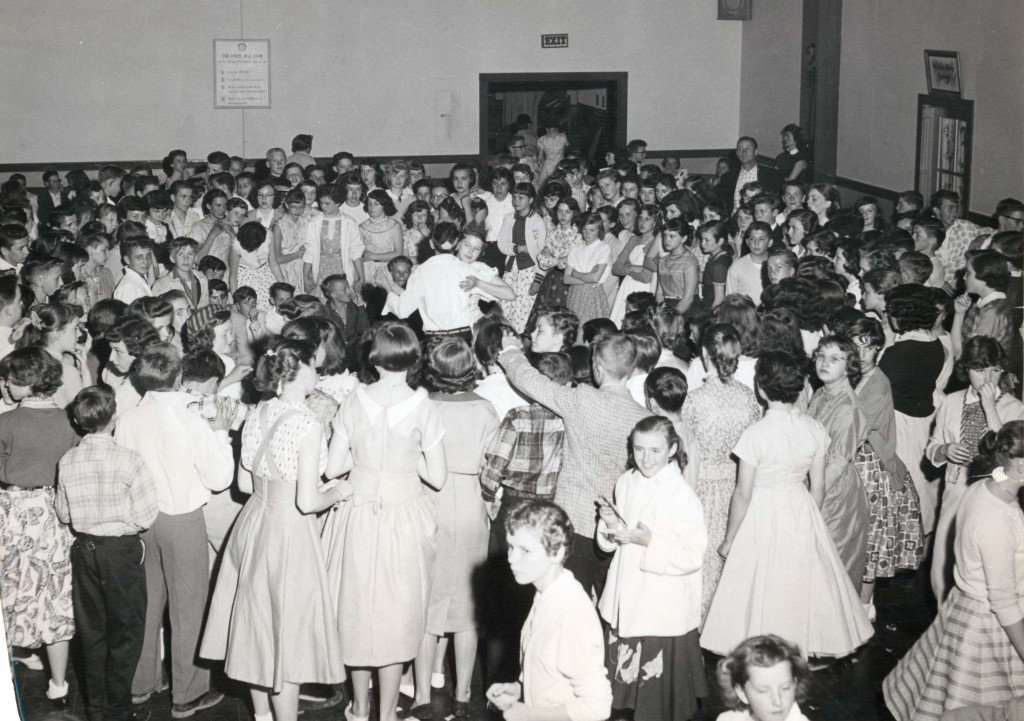 A Friday night dance from the 1950’s. Photos courtesy of The Wayne Historical Museum

Darlene Hawley – Early last year an electrical odor permeated Wayne’s City Hall located on Wayne Road on the banks of our Rouge River.  The fire department was called and their investigation discovered the source to be in a ceiling light. But, during the tour of the building, the attic was entered and surveyed.  Here a more serious problem was discovered.   The fire fighters found that the beams holding up the roof were aging, worn and cracked.  More inspections were made and it was decided to close part of the building to the public until repairs could be made.  Recently, when renovations began, the entire City Hall was temporarily moved to Vandenberg school on the south side of town.
All of this led me to wonder about the history of this building that is such an important part of our community.  Our Museum Director, Richard Story, had answers to my questions as well as retired Recreation Director Ted D’Pulos.  The building was built in 1942 by the federal government as part of the Norwayne Housing Project.  (The homes were needed for housing the workers employed at the war plants in our area and for servicemen returning from World War II.)   It was designed to be a recreation center to be used by the Village of Wayne residents, employees of the war plants,  Norwayne residents and the residents of Nankin Township. It was called the Federal Recreation Building. 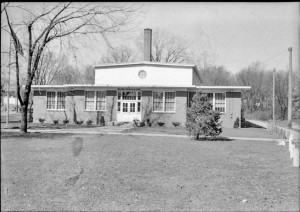 After the war, the Village of Wayne took ownership of the building.  They housed their recreation staff offices there and used the large main room for recreation activities and community events. This was the planning headquarters for all the sports teams for children, the summer parks programs with their games, crafts and activities and physical training programs for adults. Many long time Wayne residents will remember playing basketball in the building as well as roller skating.  I remember Friday night dances held for Junior High age children while High School teens had their dance on Saturday night. There was a snack bar where we could buy soda pop and snacks.  The stage was used for live entertainment and often local bands played for audiences.  (Tables and chairs were stored under the stage where they were available for the many community programs scheduled in this large multipurpose room.)  The Golden Hour Club met in the Recreation Building, the Kiwanis Club met weekly and held their pancake breakfasts there and the Wayne Garden Club had their Greens Market sales there. The Rotary Club had their weekly luncheon meetings here for many years as well as their yearly chicken barbecues for the public.  Other activities were Monday night Bridge, square dancing, pig roasts sponsored by St. Mary Church, holiday parties such as Halloween and Christmas, and the annual community fall festival and carnival.
The Recreation Building was truly a busy place and an important part of our community but eventually the programs out grew the building.  In 1972, the Wayne Parks and Recreation moved from this building into their new facility on Howe Road at Annapolis.
In April of 1977, the Wayne Westland School District rented the building to house a program for their Special Education Department called Pride Craft.  In October of 1977 the District changed the name of the building to the Reichard Center.
In 1988 the building was completely renovated and remodeled and became the City Hall for the City of Wayne.  The building is now 73 years old and we look forward to repairs being completed so that it can once again be in use in our community.
(Thanks to Richard Story for pictures and information.) 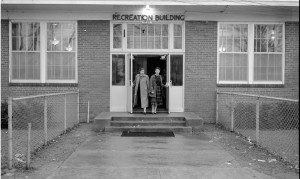 The front doors of the old recreation building.

Wayne Main Street to host Jazz at the Avenue Fundraiser